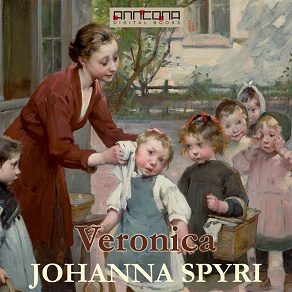 Veronica, by Johanna Spyri, first published in 1886, is a traditional tale about two children beset by tragedy early on, only to be given good fortune as they grow older and closer. However the two set out on different paths as they become adults.

One is impatient to have all that he wants and falls victim to the negative influences of a friend who steers him toward ruin. Veronica, the other, is virtuous and hard-working, yet sorrow is never far from her thoughts. So they both have their lessons to learn, and as is the case with most books written in this time, they eventually find their way and come together again.

Johanna Spyri (1827-1901) was a Swiss-born author of children's stories, and is best known for her book Heidi. Born in the rural area of Hirzel, Switzerland, as a child she spent several summers in the area around Chur in Graubünden, the setting she later would use in her novels.