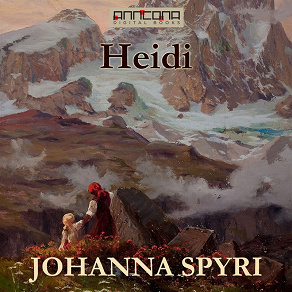 Heidi is a work of fiction written in 1880 by Swiss author Johanna Spyri, originally published in two parts as Heidi's years of learning and travel (German: Heidis Lehr- und Wanderjahre) and Heidi makes use of what she has learned. (German: Heidi kann brauchen, was es gelernt hat) It is a novel about the events in the life of a young girl in her grandfather's care, in the Swiss Alps. Heidi is famous for its vivid portrayal of that landscape.

It was written as a book "for children and those who love children" (as quoted from its subtitle).

Heidi is one of the best-selling books ever written and is among the best-known works of Swiss literature.

About 20 film or television productions of the original story have been made. The Heidi films were popular far and wide, becoming a huge hit and an iconic animated series in several countries around the world.

Johanna Spyri (1827-1901) was a Swiss-born author of children's stories, and is best known for her book Heidi. Born in the rural area of Hirzel, Switzerland, as a child she spent several summers in the area around Chur in Graubünden, the setting she later would use in her novels.