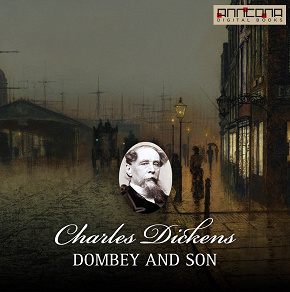 The story concerns Paul Dombey, the wealthy owner of the shipping company of the book's title, whose dream is to have a son to continue his business. The book begins when his son is born, and Dombey's wife dies shortly after giving birth. Following the advice of Mrs Louisa Chick, his sister, Dombey employs a wet nurse named Mrs Richards. Dombey already has a daughter, Florence, whom he neglects. One day, Mrs Richards, Florence and her maid, Susan Nipper, secretly pay a visit to Mrs Richard's house in Staggs's Gardens so that she can see her children. During this trip, Florence becomes separated and is kidnapped…

As with most of Dickens' work, a number of socially significant themes are to be found in this book. In particular the book deals with the then-prevalent common practice of arranged marriages for financial gain. Other themes to be detected within this work include child cruelty (particularly in Dombey's treatment of Florence), familial relationships, and as ever in Dickens, betrayal and deceit and the consequences thereof. Another strong central theme, which the critic George Gissing elaborates on in detail in his 1925 work The Immortal Dickens, is that of pride and arrogance, of which Paul Dombey senior is the extreme exemplification in Dickens' work.