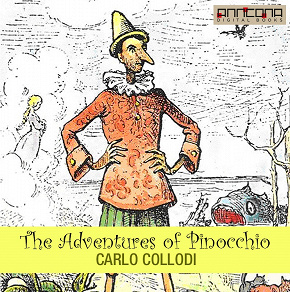 The Adventures of Pinocchio (Italian: Le avventure di Pinocchio) is a novel for children by Italian author Carlo Collodi, written in Florence.

The first half was originally a serial in 1881 and 1882, and then later completed as a book for children in February 1883.

It is about the mischievous adventures of Pinocchio, an animated marionette; and his poor father, a woodcarver named Geppetto.

It is considered a classic of children's literature and has spawned many derivative works of art, such as Disney's 1940 animated movie of the same name, and commonplace ideas such as a liar's long nose.

Carlo Lorenzini, better known by the pen name Carlo Collodi, (1826-1890), was respected during his lifetime as a talented writer and social commentator, and his fame continued to grow when Pinocchio was first translated into English by Mary Alice Murray in 1892, whose translation was added to the widely read Everyman's Library in 1911.